Mechanism of plasticizer, is generally considered as the following:
1.The mechanism of plasticizer of van der Waals forces :
Van der Waals force is a matter of aggregation between molecules and molecules exist in a weak gravity. But it kind of plays a leading force in the form of a crystalline polymer and other aspects of the role. Including van der Waals dispersion forces, induced forces and orienting force.
2.The mechanism of plasticizer of dispersion forces:
Dispersion forces exist between all polar or non-polar molecule, is a kind of gravitational interaction due to the small dipoles so near to the instantaneous dipole in a very different state of adjacent generated. But only in a non-polar systems, such as benzene, polyethylene or polystyrene, dispersion forces account for only relatively major component.
3.The mechanism of  plasticizer of inducement:
When a molecule having a fixed dipole in a neighboring non-polar molecule induces a dipole induced to make, and intrinsic dipole induced dipole gravity between called inducement. Aromatic compound because π electrons can be highly polarized so the impact is particularly strong, the main force is induced between low molecular weight esters such as polystyrene and polyvinyl acetate or benzene.
4.The mechanism of plasticizers of orientation:
When polar molecules close to each other A force due to the inherent dipole orientation caused by molecules called orientation force. Interaction with ester plasticizer such as pvc or cellulose nitrate is a representative example.
In addition, chemical Orillia found by practice, the molecular structure of the mechanism of a plasticizer in the polymer also affect the gravity between the polymer chains, in particular the nature of the various groups on the polymer chains, having a strong polar group intermolecular force large chain group, having intermolecular chain non-polar groups of a small force, in order to make polymers having strong polar groups easy to shape, can be added plasticizers, plasticizers polarity group will work with polar groups of polymer interaction, thus weakening the gravitational force between the polymer, also reached plasticized purposes.

This project intends to replace the ammonia water with the self-developed and patented nano-preservation technology formula in the rubber... read more 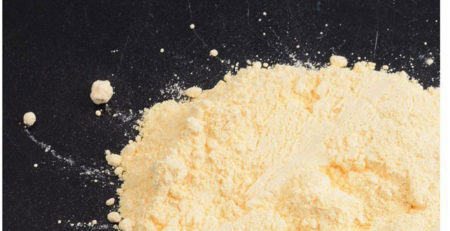 Application of rubber anti-aging agent in the cable industry

It is understood that rubber release agent is generally divided into external and internal use. The traditional release agent... read more

Plastic material in the storage and processing due to thermal effects occur early curing (cross-linking) and mobility and reprocessing... read more

1.In the sulfur vulcanization accelerator system, the widespread use of zinc oxide and stearic acid as activator 2.When the manufacture... read more