2.Export volume and price all went up

A.In the third quarter of 2010, the major export destinations were mainly in Asia, accounting for over 50%, of which India, Korea, Thailand, Japan, Malaysia, Thailand, Vietnam, Indonesia and Taiwan are the major export destinations.
B. Europe, accounting for nearly 20%, to the EU countries, the United Kingdom and Eastern Europe.
C. North America, of which the United States exports the most, nearly 7,000 tons of 11%.

According to ANRPC's latest report, as of the end of September, global natural rubber production increased by 1.5% to... read more

What Particularly Is A Skin Allergy?

This is a dual wand lip shade that I picked up in the shade of Mocha Pink. You can... read more

Typical representative is sulfur, the rubber industry is the most basic and most important curing agent. The vulcanizing agent... read more 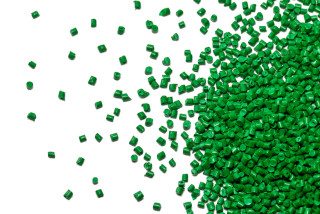 The action of plasticizer dinch

The main mode of plasticizer dinch action is divided into two types, one is the plasticizer, the other is... read more

1. Production process At room temperature, add the rubber mixture to the internal mixer for internal mixing. The internal... read more