At room temperature, add the rubber mixture to the internal mixer for internal mixing. The internal temperature of the internal mixer was 65-75°C. After a period of internal stirring, the base rubber is obtained. At this point, the accelerators and auxiliary materials are added, followed by internal mixing for 5-10 minutes. After unloading, adjust the roll distance of the open mill to 2-2.5 cm to open the material, turn the rubber twice, and then transfer to the filter for filtration. At this time, the temperature in the filter is 50-55°C, the pressure is 2600-2800Pa, and the filter screen is 80-100 mesh; after filtration, the material is transferred to the granulator, the mold temperature is kept at 55-65°C, and the knife speed is at 120 rpm; the product obtained by granulation is cooled and a batch is weighed and weighed. The final product can be obtained after loading and packaging.

Sulfur is the most widely used rubber vulcanizing agent. In most cases, sulfur is added during the final mixing process. Ordinary sulfur powder is a flammable and explosive hazardous chemical, which has many inconveniences in transportation and use, and it is difficult to meet the requirements of dispersion speed and dispersion uniformity during the rubber mixing process. Although insoluble sulfur powder is not a flammable and explosive chemical, and due to its increased solubility in rubber, the frosting phenomenon is reduced, but insoluble sulfur powder is an inorganic powder material after all, which is compatible with lipophilic rubber matrix. Poor performance, resulting in powder mixing during mixing. Speed, dispersion speed and dispersion uniformity are not ideal, so sulfur masterbatch is currently the most promising color masterbatch for rubber additives. As a vulcanization activator, zinc oxide is widely used in the rubber industry, and nano-zinc oxide has attracted attention due to its small amount.

As an ultra-fine inorganic polar powder, zinc oxide is more difficult to disperse quickly and uniformly in lipophilic rubber matrix than sulfide, and its dosage is usually 3 to 5 parts, so pre-dispersed zinc oxide masterbatch is also used in rubber industry. available. one of the potential raw materials.

Rubber accelerators are mainly small molecular organics. They have better compatibility with the base rubber than sulfur and zinc oxide. However, due to their small amount and uniform dispersion in the rubber, they greatly affect the performance of the product. In addition, in most cases, sulfur is added to the accelerator in an open mixer in the late stage of mixing, so the preparation of pre-dispersed accelerator masterbatches, especially the masterbatch products of the commonly used accelerators TBBS, CBS and CBS are also very meaningful. DM in the tire industry. The application prospect is very broad.

Compared with sulfur, zinc oxide, and rubber accelerators in the vulcanization system, the application of anti-aging agent masterbatch is not so urgent, because the current mainstream anti-aging agents such as IPPD, 6PPD, RD and other products are easier to mix and use. It is uniformly dispersed in the base rubber, and anti-aging agent can be added in the early stage of mixing to ensure sufficient dispersion time. Of course, for high-quality rubber products, pre-dispersed antioxidant masterbatches are still a very necessary choice. At present, in order to reduce dust pollution and improve measurement efficiency and accuracy, manufacturers of various additives have adopted powder granulation technology to make small rod-shaped particles. This dosage form is sure to be welcomed by rubber products companies.

You may perhaps have seen it advertised on QVC although flipping as a result of the barren wasteland of... read more

Rubber additives have many different kinds, the role is also complex, the current international use of a total of more... read more

Photochemical effect refers to a chemical reaction of molecules absorbs the energy of the photon after external excitation. When... read more

What Particularly Is A Skin Allergy?

This is a dual wand lip shade that I picked up in the shade of Mocha Pink. You can... read more 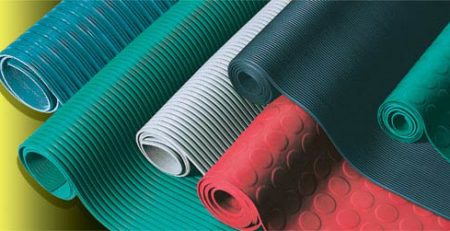 What impact does haze have on rubber chemicals industry?

Many provinces and municipalities in the northern region started heavy pollution in the red (I) early warning from 0:00... read more