Application of insoluble sulfur in rubber

Application of insoluble sulfur in rubber

Insoluble sulfur exists in the rubber compound in the form of sand crystal in the rubber mixing process, to avoid the plastic spray frost, and prevent the migration of sulfur, so that the material can maintain a good shape of sticky. Insoluble sulfur instability, in the rubber vulcanization temperature as high as the jkcan be reduced to ordinary sulfur, to complete the curing. 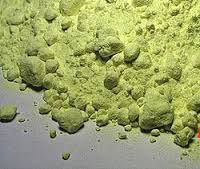 Therefore, the application in tires and products is expanding. At present, the approval of the national standard “rubber compound – sulfur – test method” equivalent to the international standard, there is “hot back to the original” test method to determine the stability of insoluble sulfur at 105 ℃, Period of stability. Because insoluble sulfur is a metastable state, at 100 ~ 130 ℃ will occur back to the original, into ordinary sulfur. Therefore, the auxiliary plant should be as much as possible to improve its thermal stability, rubber plant mixing temperature should be as low as possible to ensure that during the insoluble sulfur does not convert into ordinary sulfur, do not spray cream to ensure the follow-up molding smoothly.

Egg shell and tomato skin can enhance the rubber properties

It is reported that car tires contain about 30% of carbon black, and this part of the carbon black... read more

Clear blue skies, the broad avenue, on to a luxury car, first appear in your eyes is golden yellow,... read more